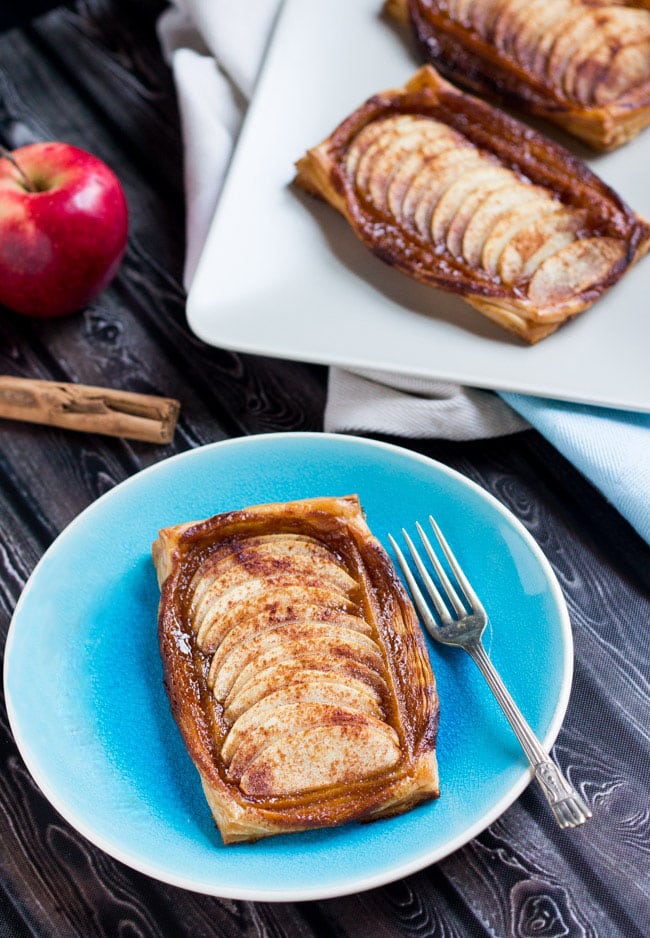 Do you find that sometimes you just need dessert.  Or is that just me? Dinner was fine.  There was nothing wrong with it, but I sometimes (often …  shh!) have a lingering feeling that a sweet morsel would be the perfect end to the meal.  The problem is my need for dessert usually doesn’t arise until the main course is finished.  This rules out chocolate bread & butter pudding, chia pudding or ice cream sandwiches. I often whip up a dutch baby, but these coconut apple tarts also do the trick.

The apple seller at my local farmer’s market told me last week she won’t be back until the plums start at the end of the year, which made me realise the apple season is well and truly at an end.  Any apples in the shops will be from cold stores until next autumn.  I had the best of intentions to make the most of the season, but all I have managed to do is make a few apple cakes, bottle some apple sauce and cook (quite) a few of these tarts.  It was only as I was slicing the last of my apples that I realised I had not yet shared the recipe, so here it is.

The key to this quick dessert is good butter puff pastry, which is a staple in my freezer. It is so useful for for quick meals such as tomato and goat’s cheese tart, sausage rolls and quick desserts like this one.  If you buy the pre-rolled sheets most of the work is done for you. 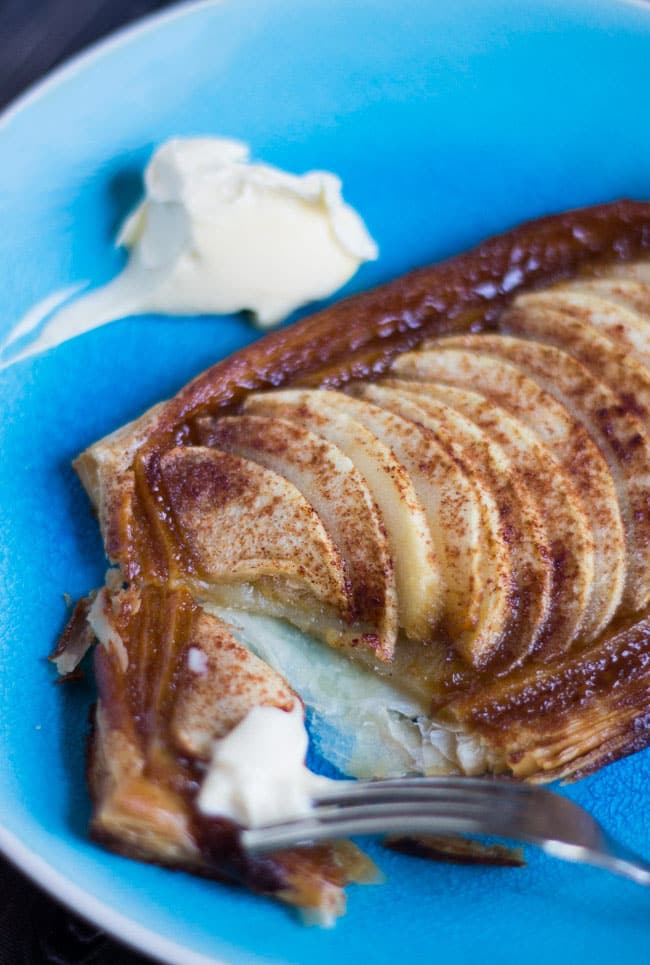 I never buy puff  pastry made with margarine.  There are many arguments about the benefits of margarine over butter*, none of which I am particularly interested in.  For me, the difference is that margarine, invented just over 100 years ago,  is a manufactured product whilst butter is a natural food product that has been around for centuries.  Margarine has twelve ingredients yet butter has only three  (two if you use unsalted butter).  In my constant efforts to minimise the processed foods in our diet, anything containing margarine is left on the supermarket shelves.  As Michael Pollan says ‘Eat food, not food products.

If you allow butter puff pastry to get too warm it becomes slightly difficult to handle.  Should this happen, just put it back into the fridge or freezer for a few minutes.  Interesting that you don’t have the same problem with margarine puff.  I wonder why? I am happy to work with this slight quirk of butter puff in order to avoid the processed ingredients. 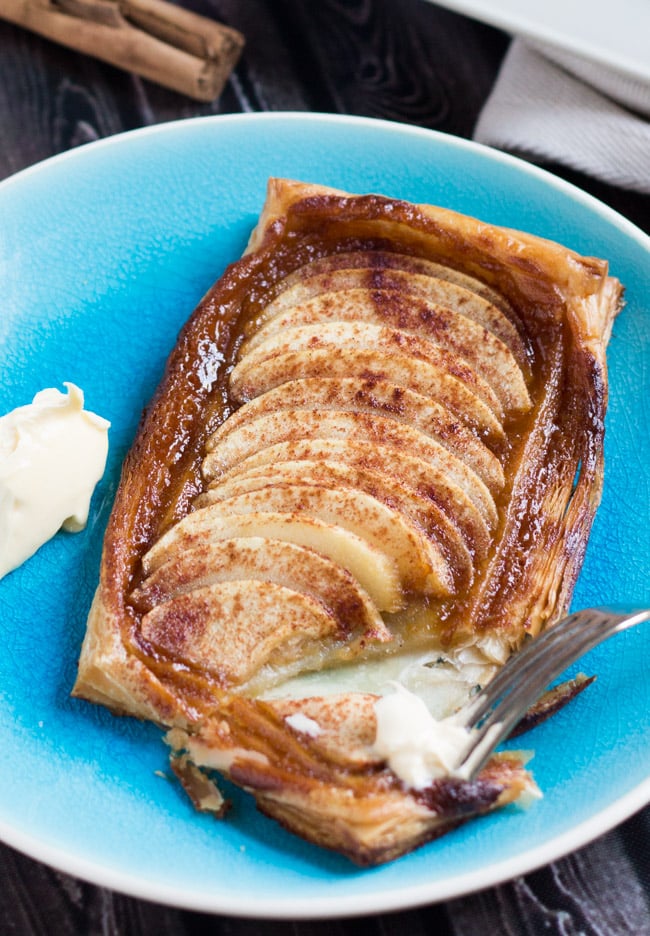 My sweet coconut spread impulse purchase is put to good use in this dessert, but don’t feel you need it to make this tart.  I have also had great success using coconut butter mixed with a small amount of coconut nectar or maple syrup. Next apple season I am going to try it with different nut butters.

If you are organised, you can assemble the tarts in advance and allow them to rest in the fridge whilst preparing dinner.  Slip them into the oven as you serve the main event and dessert is done.  I happen to think they look fancy enough to serve to guests.  No one need know how easy they are. 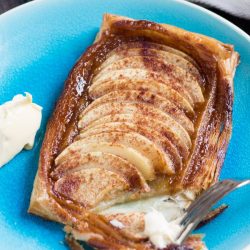 This is a very flexible recipe, easy to scale up or down according to the number of tarts you wish to make. There are three of us, so I have provided the ingredients I use to make three tarts. Make as many as you like.

*  Whilst I personally disagree with the claim about the heart health benefits of margarine in this article, with recent scientific research supporting the use of butter over margarine, I find the remainder of the article offers a good comparison between the two spreads.