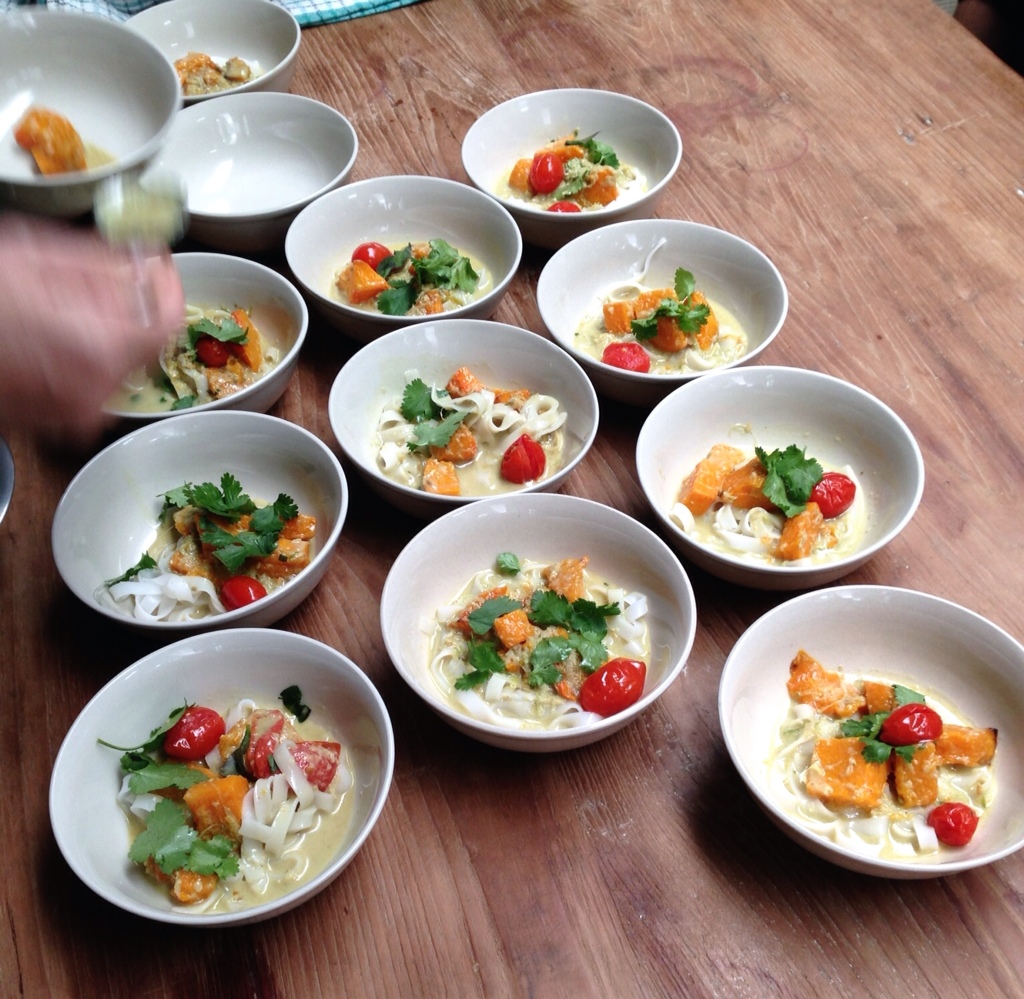 I have just finished the first week of the Wholefood & Natural Foods Chef Training Program. Thirteen of us have enrolled, heralding from as far afield as Canada, New Zealand and Queensland. There are also quite a few of us from Perth. 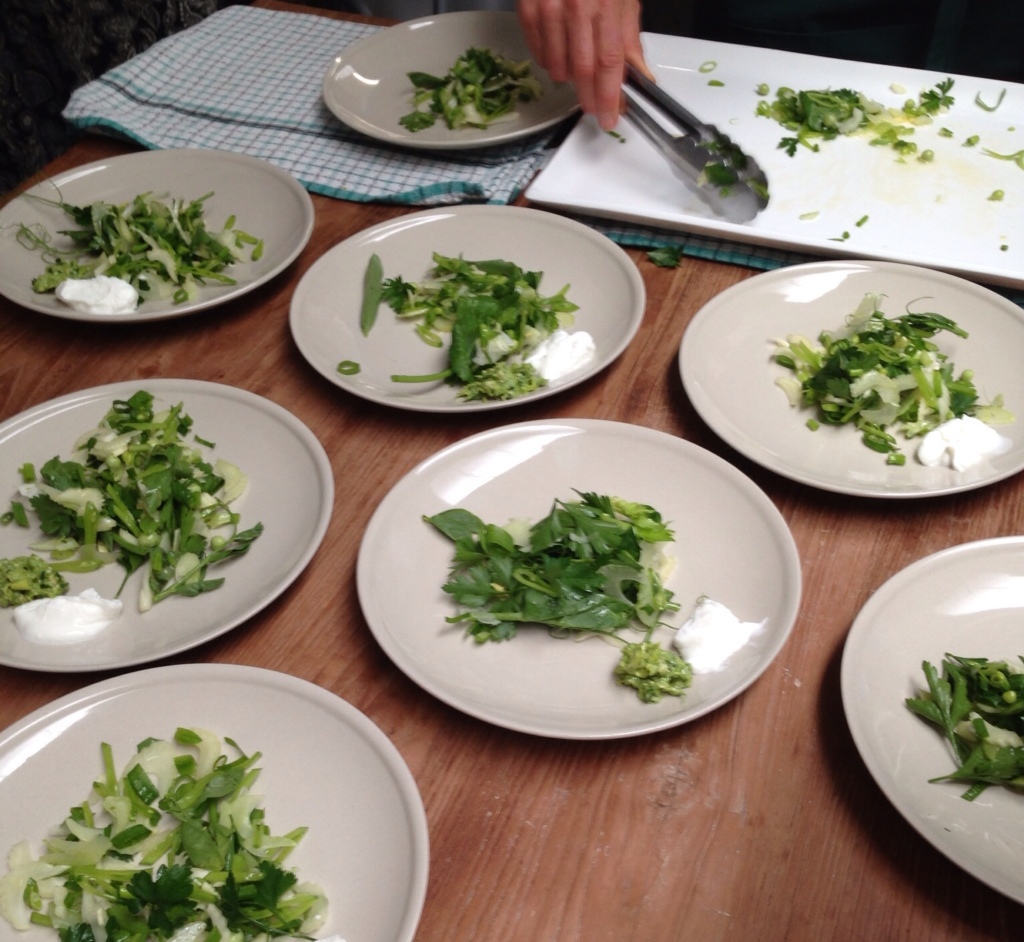 As the course is concerned with the premise of learning to cook nourishing, real food, much of the last week has been devoted to examining such subjects as the definition of real food, diet paradigms from Ayurveda to Paleo, the importance of good fats (yes there is such a thing and it is not the ones you think) in our diets, and macro and micro nutrients. Along the way we have also considered different types of cookware and the basic of food hygiene and safety.

Then there was the Maths in the Kitchen unit. There is a reason I did not pursue Maths at University. I am not that good at it. Maths in the Kitchen teaches the ability to cost out a recipe and also scale it to suit the number of people you a trying to feed. For example: If garlic costs $9/kg, a bulb of garlic weighs 80g, and each bulb contains 8 cloves, how much will one clove of garlic cost? All this before lunch. 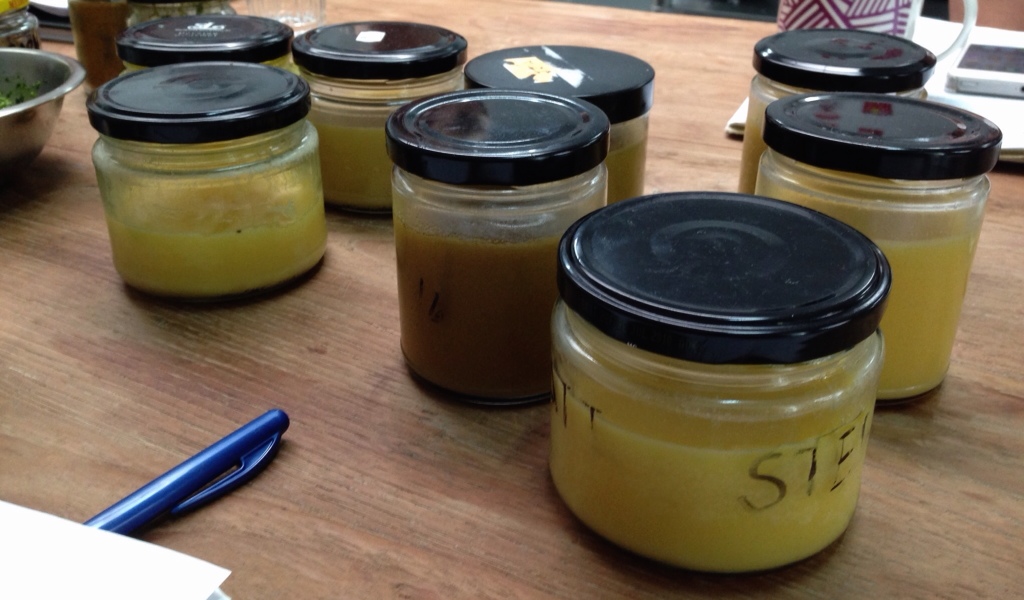 On the upside we did learn to make ghee. I always thought ghee came in a green tin and was useful in Indian cooking. Turns out ghee is so much more than that. Ghee is pure butter fat. Butter contains water, milk solids and fat. If the butter is heated slowly over a low flame, the water evaporates and the milk solids start to caramelise and separate out from the fat. Once the milk solids are strained off, you are left with this fantastic golden fat that smells strongly of caramel. Yum! 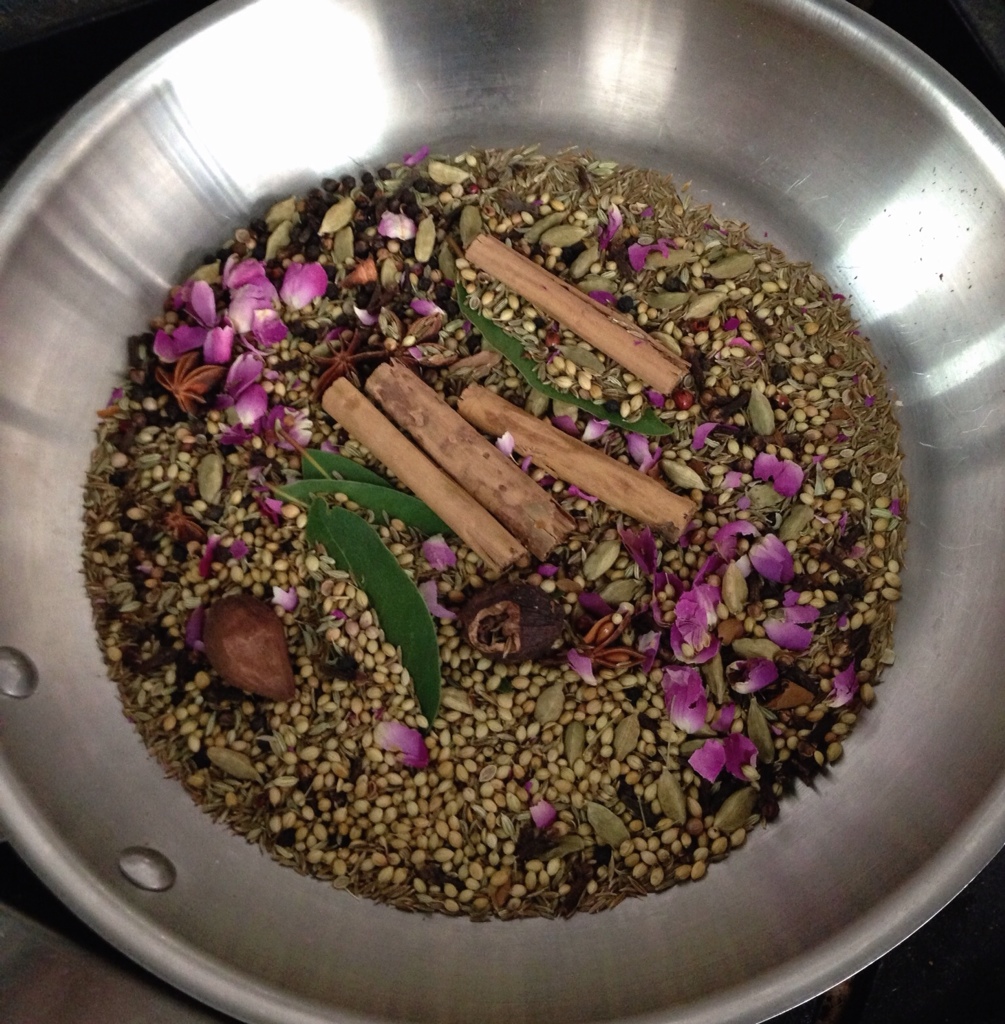 On Friday the real cooking started. We looked at the role of herbs and spices in the development of flavour. We were split into smaller groups of two to make an exciting array of spice mixes, pestos and laksa paste. It was interesting that with the same recipe, two different groups could produce such completely different taste profiles in their finished dishes. The really hard work (not) was having to taste everything and compare it all. 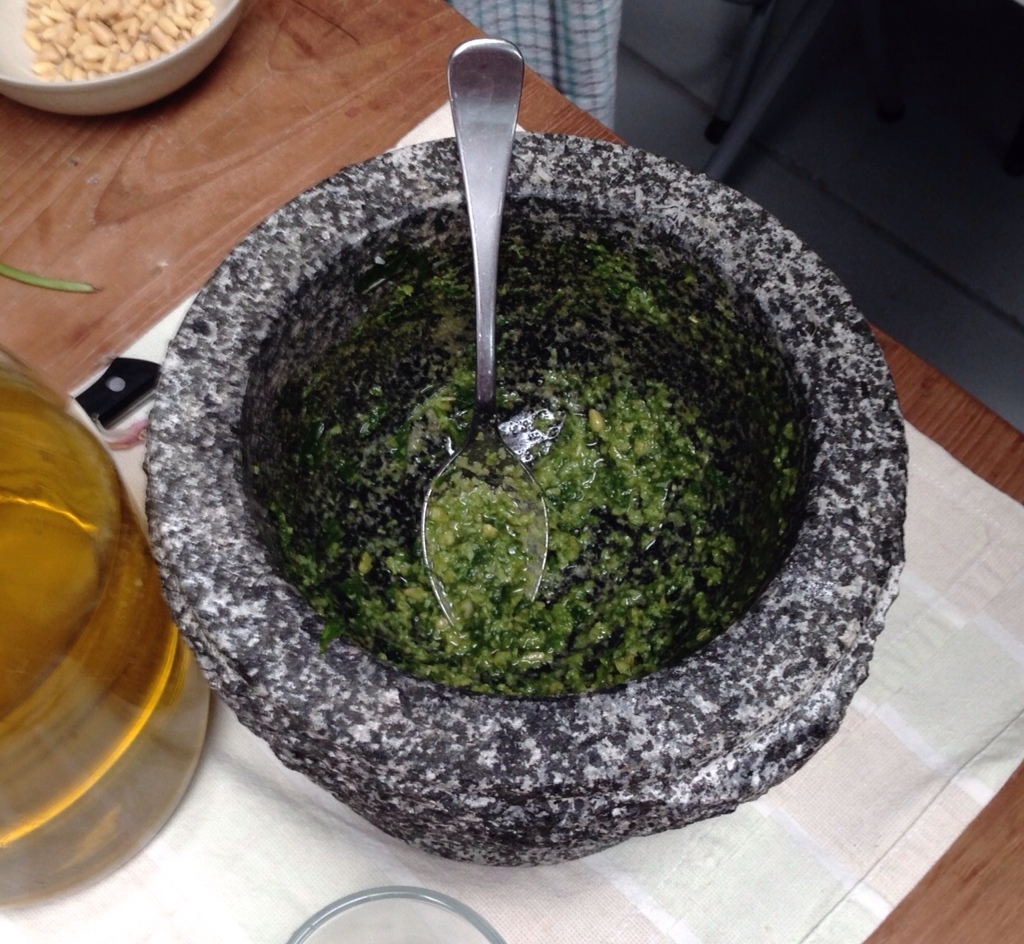 It has been an interesting week. A tantalising look at what is to come. I can’t wait.