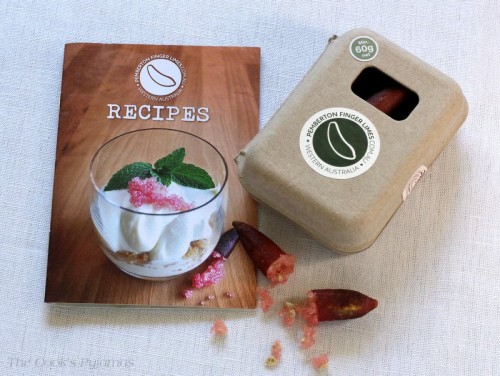 This month In My Kitchen are finger limes from Pemberton Finger Limes*. Finger limes are great in both sweet and savoury dishes, lovely paired with seafood and fantastic in ice cream. They have quite a short season, so if you are in Perth and want to try them, now is the time to buy. A list of suppliers is available here. Finger limes freeze well so I have stockpiled some for the rest of the year. 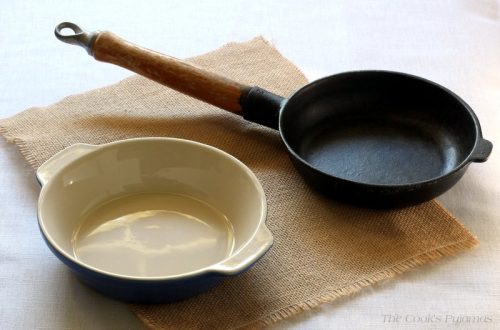 Thanks to a bulk rubbish collection in our suburb last month, I am now the proud new owner of this little cast iron fry pan. The adage “one person’s trash is another’s treasure” rings quite true in this case. It was a touch rusty when I found it, but a good scrub with steel wool, a quick season with coconut oil and I have a new fry pan. I also picked up two larger cast iron skillets at the same time but I think they are too rusty to be saved. I have yet to find the energy to properly scrub them in order to find out.

A rummage through my local op shop produced this gratin dish for the princely sum of 50c. It is the perfect size for an individual meal and I have put it to serious use now the weather has finally cooled. I only wish there had been more as it is a really useful size. 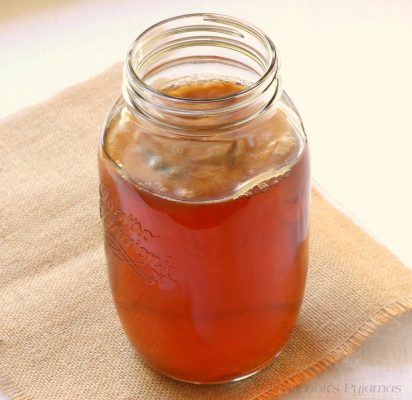 I finally found someone willing to share their kombucha mother this month. Kombucha is a fermented drink of sweetened black tea. It is slightly effervescent and very high in probiotics. You can only produce kombucha if you have a mother. I have brewed kombucha before but it never really grabbed me so I got rid of my previous mother. Then I read about secondary fermentation, which involves adding flavourings to the initial brew. I flavoured one batch with rose hip juice, which was lovely. I am thinking apple and ginger for the next batch. 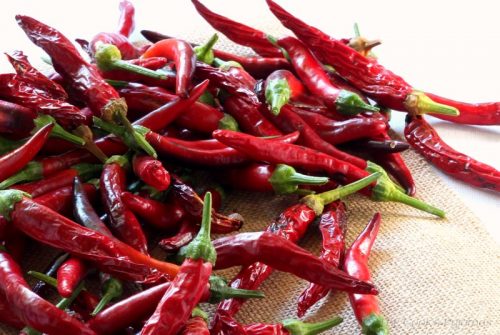 We transplanted our chilli bush when we rejigged the vegetable garden late last year, and for while I thought it was not going to survive, let alone produce anything. It appears that my concerns were unfounded as the bush is now covered in chillis. I am going to dry some of these to make my own Harissa, but now that The Princess seems to be happy with a bit of heat in her food I also have plans for some chilli oil. 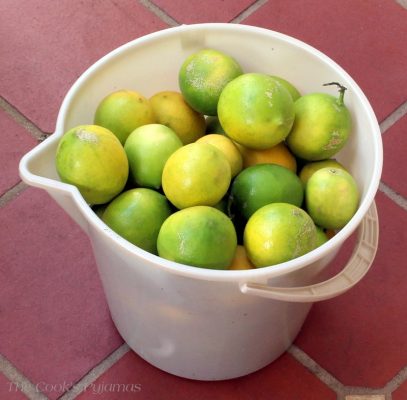 My parent’s lime trees are also loaded at the moment, so I convinced dad to pick some for me. I was thinking he might give me a small bagful, but I now have a bucketful. If the chickens were laying I could make lime curd but we haven’t seen an egg in over a month (as an aside I think it is time these chickens went to the farm – Dad’s real farm that is not ‘The Farm’). I will freeze some juice in the hope that there are egg-laying chickens in my future. I am also going to try making an Indian style pickle to serve with curry. Any suggestions for the remainder would be greatly appreciated. 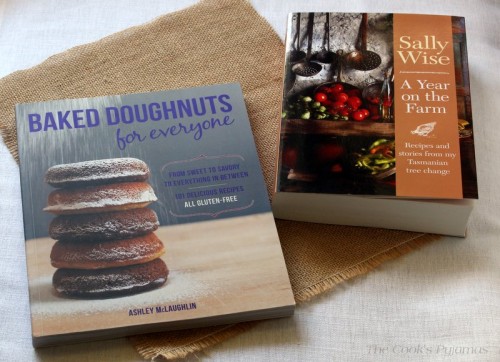 And then there are the books. I bought Baked Doughnuts for Everyone to go with my doughnut pan purchase from last month. I have already made a couple of the recipes, which are all gluten free, and have been extremely impressed. Although Mr Grumpy insists they are not doughnuts, but rather doughnut shaped cakes. My sister gave me Sally Wise’s A Year on the Farm as a belated birthday present, which I absolutely loved. I made the crucial mistake, however, of telling Mr Grumpy I wanted to live in the Derwent Valley, which has seen him researching property like a mad man. He would happily live somewhere (anywhere) cooler than Perth. 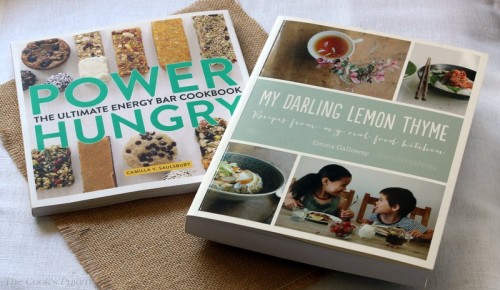 I had to take The Princess clothes shopping during the school holidays. Clothes shopping with a pre-teen is a special kind of torture, so I picked up My Darling Lemon Thyme as a little gift for myself for being such a good mother. I have only had a quick flick but already have my eye on the Hokey Pokey Ice Cream. Then there is Power Hungry, which is full of homemade energy and protein bars to keep The Princess going between meals.

In My Kitchen is a monthly series hosted by Celia at Fig Jam & Lime Cordial. Hop over to her blog for a sneaky peek into other kitchens around the world.

* The finger limes were gifted in accordance with my Disclosure Policy