This 5 Minute Food Processor Chocolate Apple Cake is a handy recipe to have up your sleeve when time is short, but a cake is required. Great for lunchboxes. 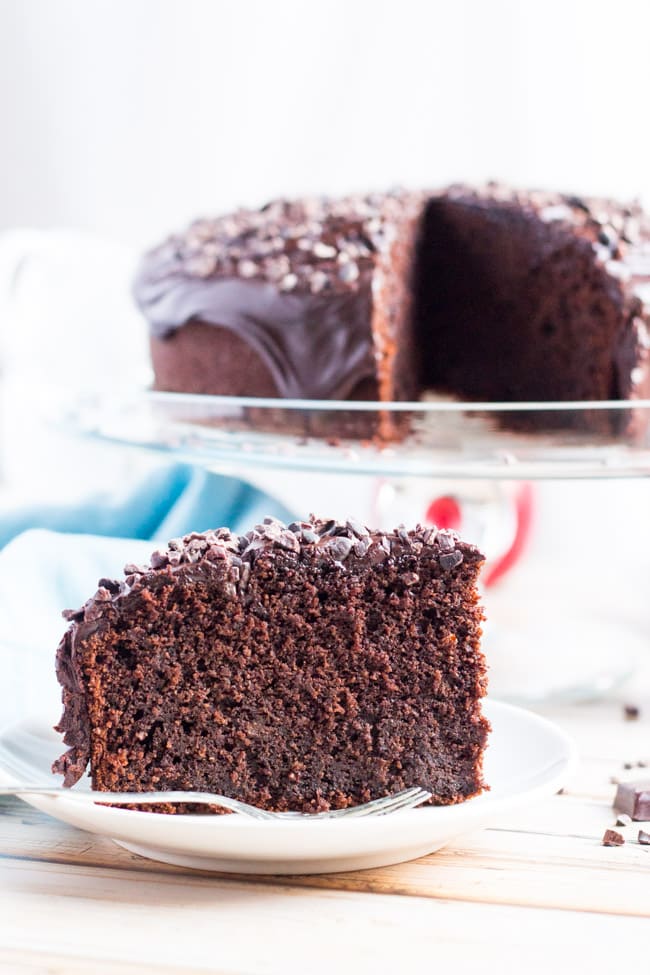 Just when you began to think I might have disappeared permanently, I’m back. Sorry for the extended absence.  No sooner did I announce I was taking a short break than I came down with the flu, which has kept me out of action for the last few weeks.  May I, as way of an apology, offer you a slice of Chocolate Apple Cake?

I make most of my cakes using the traditional method of creaming the butter and sugar together in a stand mixer, mixing in the rest of the ingredients and baking. Occasionally though, when short on time, I find a food processor cake makes a perfectly acceptable substitute.  Creaming the butter and sugar together introduces air into the mixture, which helps the cake to rise. Cakes made in the food processor can be ever-so-slightly denser than traditional cakes, as the food processor does not whip as much air into the batter.  Add in the wholemeal spelt, and the end result can be slightly denser than you may be expecting.  I call it fudgy.  It’s still cake, and chocolate, and I have had no complaints from The Princess so it must be OK. 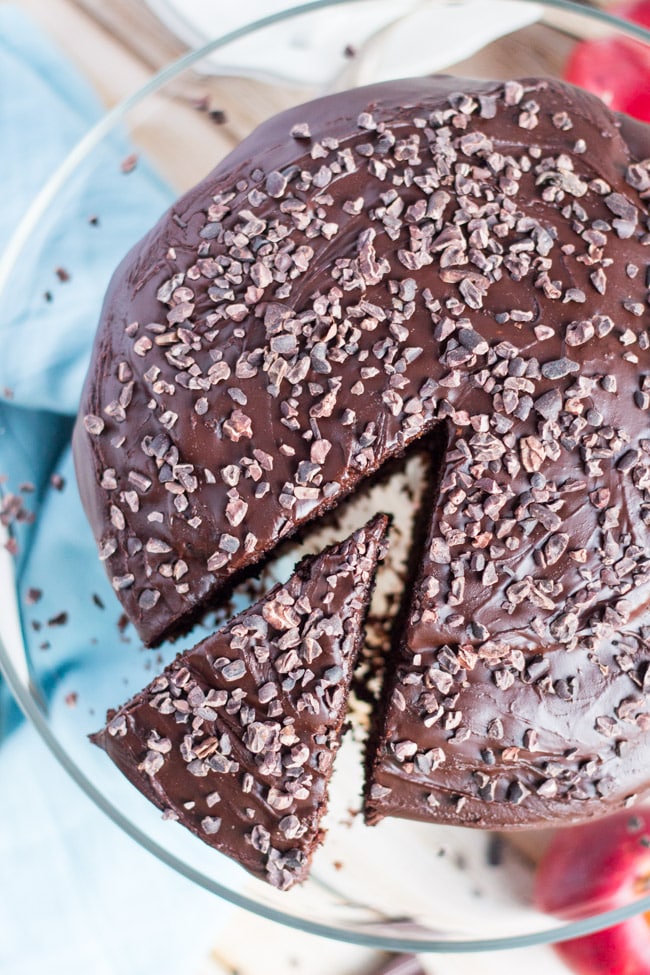 This Chocolate Apple cake will take a good hour from start to finish, however it only requires five minutes of your direct attention.  Even less if you don’t peel the apples, which are finely chopped into the cake batter.  I challenge even the fussiest of eaters to spot the peel.  As I normally use organic fruit,  I don’t bother to peel the apples unless the skin is badly blemished.  Apples do top the Environmental Working Groups 2015 Dirty Dozen list for pesticide use though, so I would remove the peel if using conventional fruit. 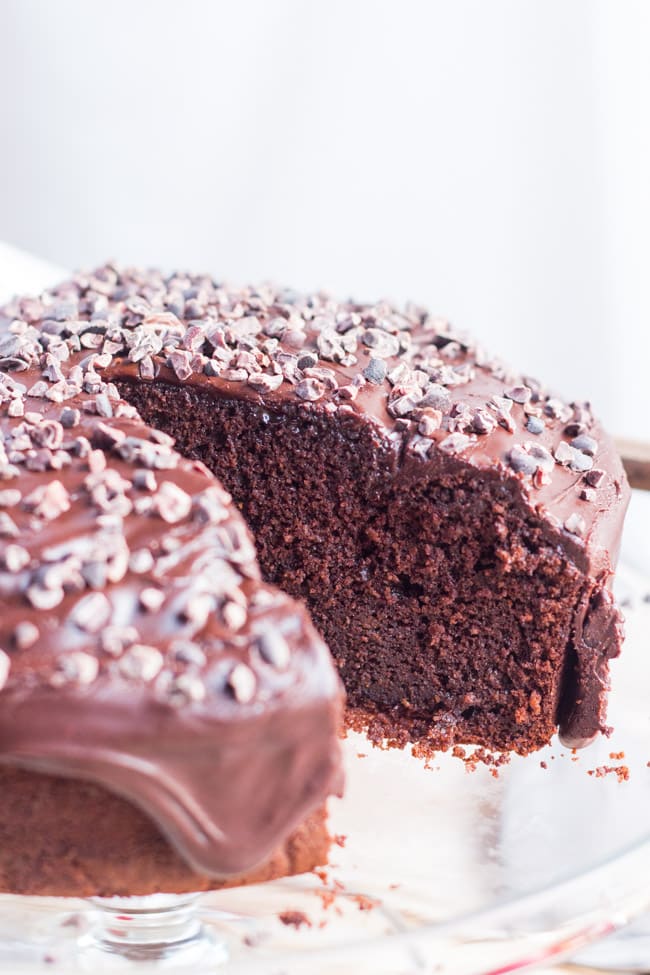 One issue I have experienced making this Chocolate Apple cake in the food processor is that it rises unevenly.  Every single time I make it, one side rises much higher than the other, and I end up with a huge crack in the cooled cake.  I have no idea why, although if you have a theory I would love to hear it.  Normally this is not a problem, as the cake is destined for lunchboxes.  I may have though, on occasion, been known to slice the top off to provide a smooth surface to frost.  This would only happen if I am serving this to more discerning company than The Princess and Mr Grumpy. 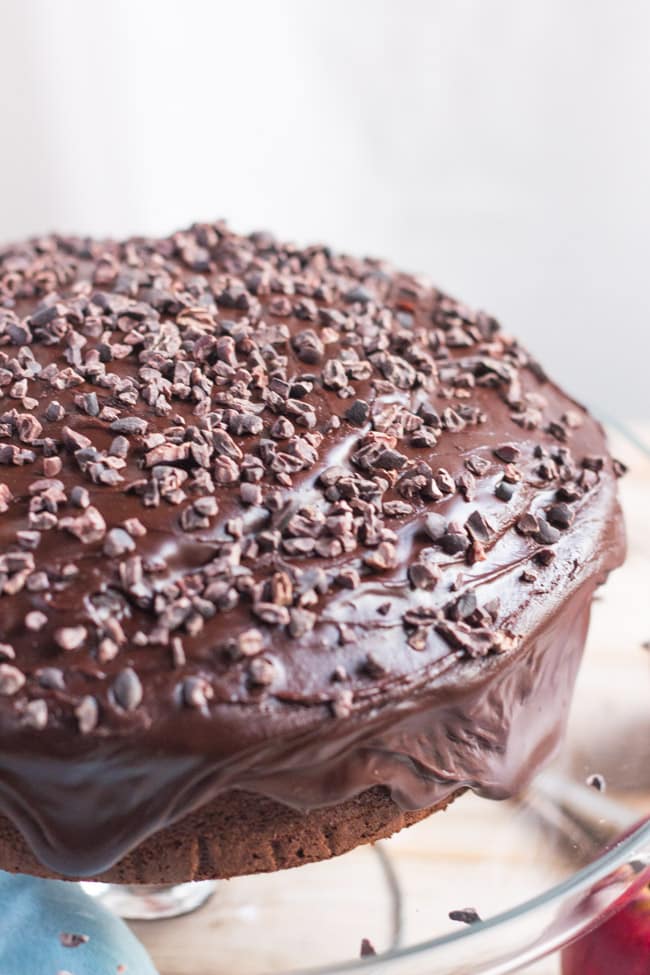 My two biggest critics are not big fans of frosting, so I normally leave the cake naked.  It is moist enough that it doesn’t really need additional frosting, although I did frost it for this post, much to The Princess’s disgust.  I have found small piles of frosting left beside the kitchen sink that have been peeled off as she works her way through the cake.  If you wish to dress this Chocolate Apple cake up a little just slather your favourite chocolate frosting over the top. Now would anybody like another slice? 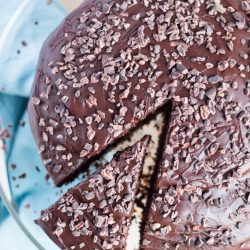 Peel the apples if you prefer, although I challenge the fussiest eater to detect the peel in the finished cake. If using conventionally grown apples, I would peel the apples to reduce pesticide exposure.

I make this in my Thermomix, but the recipe will work just as well in a conventional food processor.
Prep Time 5 minutes
Cook Time 50 minutes
Total Time 55 minutes
Author Tania @ The Cook's Pyjamas

P.S. Looking for more lunchbox recipes?  Can I suggest Apple & Ginger Wholemeal Loaf Cake or Banana & Cocoa Nib Spelt Muffins. There are also many more recipes to be found in the Baking Section.