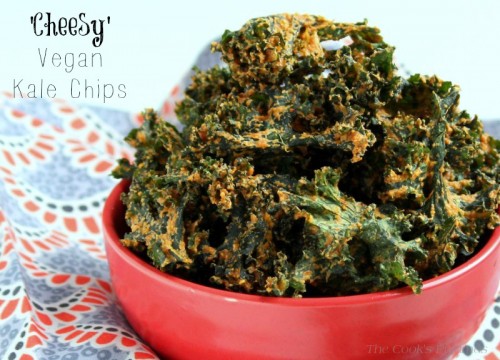 It is really easy to mock something without ever having tried it. I spent a large part of last year thinking that everybody singing the praises of kale chips were either far too healthy or ever so slightly crazy. We are talking about dried vegetables here. How good could they really be? Then we planted kale in our own garden, and those six plants were absurdly productive. I put kale in everything I could, but the plants just kept producing. So I succumbed, and I made kale chips. I’m not too big to admit it. I was wrong. Very, very wrong. Kale chips are so very good, and so very addictive. Particularly if they are cheesy kale chips.

There are fights over these kale chips in our house. The Princess does not like to share at the best of times, and is of the opinion that every batch I make is her sole property. Mr Grumpy and I are very partial to them as well, so there has actually been yelling over ownership rights. Mostly from The Princess. I just eat them when she is at school to avoid the raised voices. Seriously though, if you have a child yelling about ‘who ate all the kale chips’, that can only be a good thing. 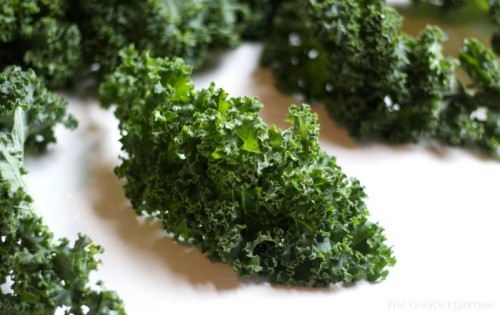 The cheesy flavour comes from nutritional yeast, a deactivated yeast strain commonly sold as a food product. Nutritional yeast has a cheesy, nutty flavour and can lend an almost creamy texture to dishes. It is these characteristics that see it favoured by vegans as a replacement for cheese. The Princess also loves nutritional yeast sprinkled on hot, buttered popcorn as an afternoon snack.

Nutritional yeast is high in protein and B complex vitamins, and is often fortified with B12 and iron. It is commonly sold in Australia as savoury yeast flakes, and can be found in your local health food store. Do not mistake it for the dried yeast that is used in baking or for brewers yeast, a by-product of the brewing industry that is sold as a health supplement. 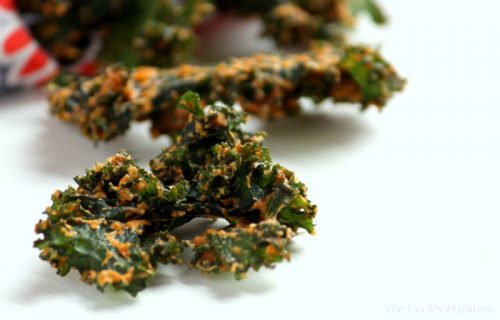 I have made these chips with many different kale varieties. All have been successful but I do find that the curly leaf varieties tend to be more fragile, so you may end up with more crumbs. I make these in my dehydrator but many people have had success making kale chips in the oven. I have not tried this method myself, but from what I have read the secret to successful oven cooking appears to be time. Don’t rush them.

Kale is just coming into season now in Perth. We have planted a lot more this year to cope with our growing kale chip addiction, which may mean I can keep the yelling to a bare minimum. If I’m lucky. 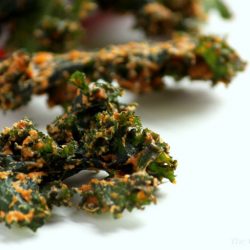 I make the kale chip coating in the Thermomix, as the high speed of the machine breaks down the lemon very well. You could blitz the mixture in a blender or food processor instead.

You can soak the cashews if you wish to help them blend with the rest of the ingredients. I don't bother and still get quite a creamy mixture.

I make these in a dehydrator, but I have provided oven dried instructions as well. I have not made them this way but many others have success with making kale chips in this manner.
Author Tania @ The Cook's Pyjamas (adapted from The Kitchn)

To Dehydrate the Kale Chips

To Oven Dry the Kale Chips

* I buy jars of char grilled, preserved sweet red capsicums (peppers) from my local Italian deli, and use a whole one in this recipe. I like the mellow flavour the roasted capsicum adds. You can grill your own capsicum (pepper) if you prefer, or even use raw capsicum if you wish. Nama shoyu and tamari are both varieties of Japanese soy sauce. I use them as I find the flavour richer and deeper than traditional soy sauce. If you don't have either then just use soy sauce instead.
Previous Post: « Banana & Cocoa Nib Spelt Muffins
Next Post: In My Kitchen – June 2014 »