Whip up a batch of these Salami, Spinach & Cheese Scrolls for an easy, speedy lunch.  Leftovers freeze well, and are perfect for the lunchbox. 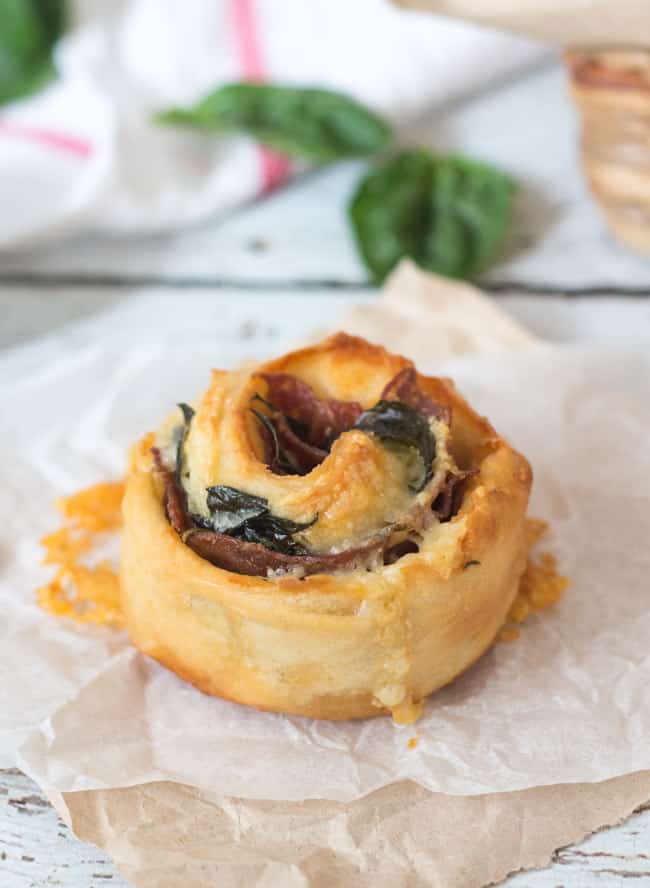 Two hungry teenagers hovering in the kitchen, demanding to be fed, can actually be a great source of inspiration. When teenagers are hungry, I have found it is best to feed them as soon as possible.  Or maybe that is just The Princess.

If you’ve been reading my blog for a while, you will be aware of my love for Artisan Bread in Five Minutes a Day.  For those unfamiliar with the method, the idea is to make a large bucket of bread dough which is then stored in the fridge for up to two weeks.  There is no kneading as required as in most bread recipes, and if this is the step that has previously prevented you from making bread, then this is the method for you. With a batch of stored dough in the fridge I can easily whip up lunches or dinners in no time.  Pizza, focaccia, scrolls and flatbreads are quickly put together without waiting for dough to rise. Thankfully on the day in question I had a bucket of stored bread dough on hand, and with a quick rummage in the fridge produced these highly successful cheese scrolls.  The teenagers demolished most of the batch between them.

I’ve used a mild salami, although a spicy salami would also be good.  If you have no salami, try ham instead.  Use a good flavoured melting cheese to contrast with the spinach.  Provolone is my preference, although a good cheddar would also work if that is what you have. It’s a small thing, but I do take the time to pick the tough stalks off the spinach leaves.  There are not many leaves, and I don’t like to bite into the stalks in the scrolls.  This is just my own  idiosyncrasy, so if it doesn’t bother you leave the stalks on.  Don’t be tempted to add more spinach though, as less is more on this occasion.  Spinach releases a lot of water as it cooks, and adding too much to the scrolls will turn them soggy.

These cheese scrolls are best served straight out of the oven.  Well, maybe let them cool down a little unless you want third degree burns from the cheese.  I have successfully frozen the scrolls for The Princess’s lunchbox, and whilst I have been informed they are not quite as good, she still ate them.  I consider that a win.

Whip up a batch of these Salami, #Spinach & #Cheese Scrolls for an #easy, speedy #lunch. Click To Tweet 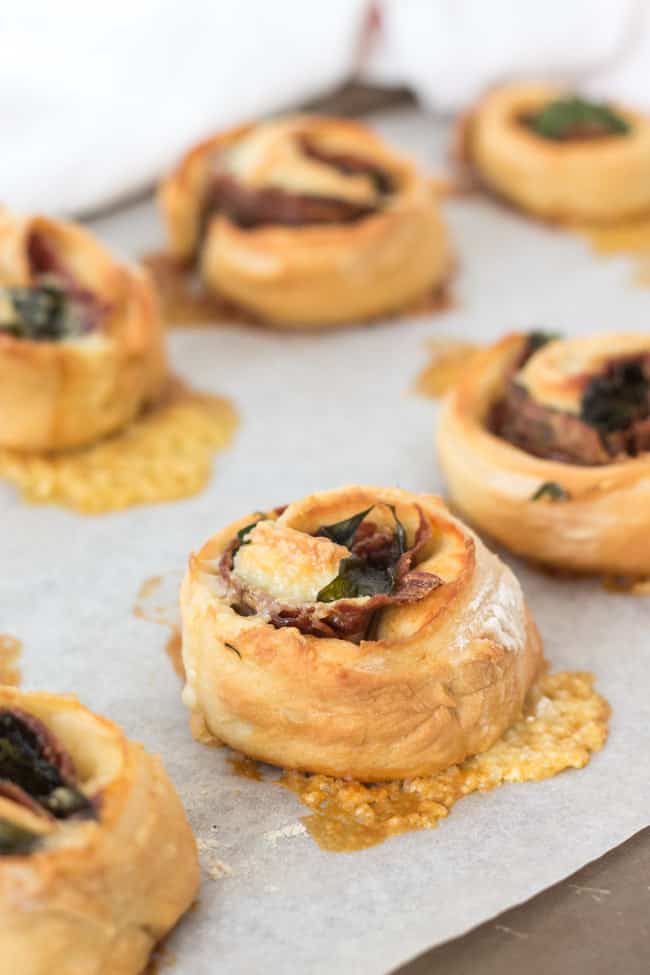 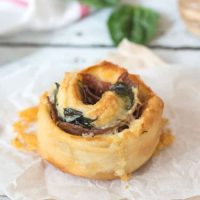 * You can use your favourite unsweetened bread dough in place of the stored dough.