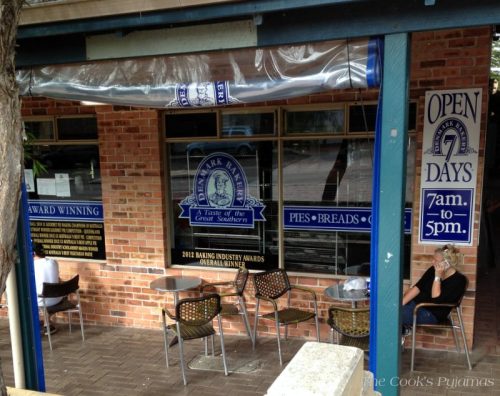 It’s been a long time since I was last in Western Australia’s Great Southern Region.  My last visit over 15 years ago was for work not pleasure, with no time to explore.  Mr Grumpy, The Princess and I have, however, just spent the last week discovering the many pleasures that Denmark has to offer.

We took the leisurely route down to Denmark, via Bunbury, Manjimup and Walpole.  Not the most direct way by any means but we had the time and the inclination.  I had heard nothing but good things about Taste Of Balingup so we decided to stop for lunch in order to investigate it for ourselves.  Taste Of Balingup showcases local produce from the Blackwood Valley Region, with a wide selection of cheeses, meats and condiments as well as cookbooks and local breads.  We had a sensational lunch; Mr Grumpy and I enjoyed our tart stuffed full of Holy Smoke trout, whilst the The Princess had a Ploughman’s Platter.  The real find however was a small cluster of pickled grapes that accompanied the platter. 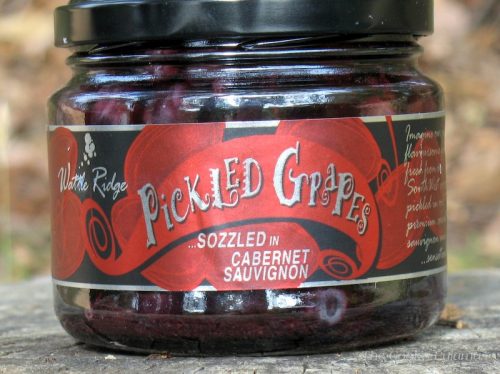 The grapes, which  are produced by Wattle Ridge Vineyard & Cellar in Greenbushes, are pickled in Cabernet Sauvignon.  They are wonderfully sozzled  and a perfect accompaniment to cheese.  In Perth you can find them at the Urban Locavore or Taste Budds Cooking Studio.  I highly recommend you seek them out.  They are well worth the effort.

Denmark itself felt like a constant round of eating.  Some of the pleasures uncovered were: 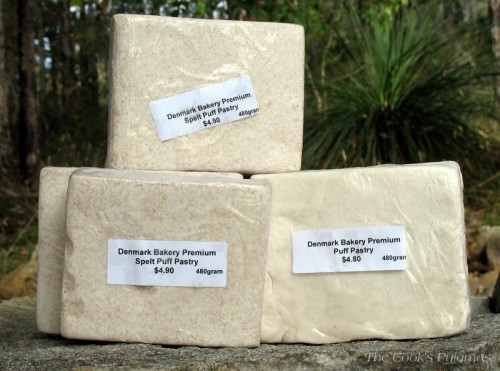 The Denmark Bakery, located in town, has won numerous national awards for its pies and pastries. The pies weren’t sampled but I did a little happy dance (OK a big happy dance) at my discovery in an inconspicuous freezer nestled in the corner of the room.  Tucked in amongst the loaves of gluten free bread were packets of Premium Puff and Premium Spelt puff pastry. I have never seen spelt pastry available for sale anywhere in Perth so I stocked up. And yes it did make it back to Perth in a frozen state.  Just make sure you have a good Eski. 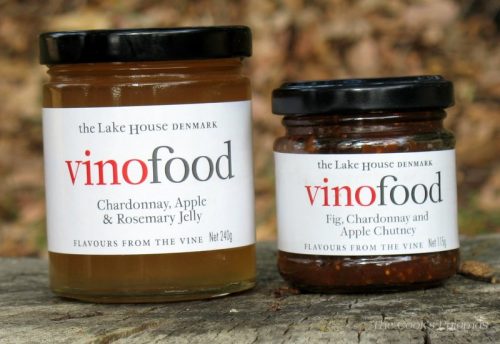 The Lake House produces its own range of gourmet jellies, jams, relishes and pickles.  Lunch consisted of a selection of extremely generous platters for either two or three people showcasing local produce.  Given that platters are usually light on, we ordered for three and went home stuffed, with a doggie bag to boot. A platter for two would have fed the three of us easily.  Then if you’re still hungry you can have dessert.

Each platter also came with a selection of The Lake House Vinofood relishes and jellies.  This was great as it allowed these products to be sampled with food rather than with the usual offering of dried bread which has been pre-handled by small children before your arrival.  However the latter was also available if you didn’t want to dine in the restaurant.  The jellies were quite different to the ubiquitous quince paste you usually see on cheese platters so I was keen to take some home.  Purchases were limited under the watchful eye of Mr Grumpy, but I have located a number of local stockists so I can further sample their range at my own leisure.

The Toffee Factory, located east of town, also hosts the Elephants Rock Cider Company.  The Toffee Factory offers a vast selection of toffees, brittles, sauces and jams. The real star here though is the cider. Personally I was quite partial to the apple and ginger cider, which was not too sweet and had a lovely ginger finish to it.  I have almost finished my supplies so will have to search for more in Perth.

After summiting the Everest-like driveway of the Valley of the Giants Organic Olives and Wine, we found some lovely fruity olive oil. Whilst there, we could not resist the cinnamon and orange marinated olives. Although it sounds an unlikely combination, the marinade somehow brings out the fruitiness of the olives.  Lovely. 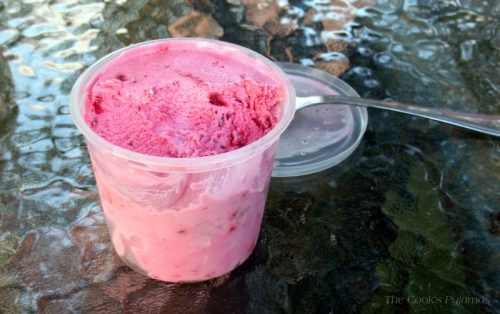 Due to the unseasonably hot weather there were no berries to be picked at the Denmark Berry Farm as they had all ripened weeks earlier.  However the lovely owner sold us on the freshly made ice cream instead.  So freshly made that it had yet to be labeled.  As his wife was responsible for ice cream production he had no idea what it was (apart from berry of some description) but whatever it was, the ice cream turned out to be worth the trip alone.  They also have jams available for purchase should ice cream not be your thing (is that possible?).

The Bushfood Factory and Cafe, which overlooks the Wilson Inlet, grows and produces their own bushfood.  Their product range includes ice  creams, syrups, single spices and BBQ mixes and curry simmer sauces.  They have an adjacent cafe offering lunch or coffee, where the menu extensively utilises the bushfoods. We picked up some wattleseed which I have been wanting to try for a while, as well as some spices for chicken and some fresh finger limes.   I have already used the Australian Chicken Blend, which contains Lemon Myrtle and Mountain Pepper, as a rub for chicken breast.  The herbs, combined with the smoke from the BBQ, give a great taste to the chicken.

And then there was the chocolate and the cheese. Stay tuned for Part 2 of the trip.