This week’s winter meal plan makes good use of the slow cooker, and includes a number of healthy recipes to help you forget the cold weather.  With Thai pumpkin soup, Mexican meatloaf, and Spanish chicken, we’ll soon have you planning your next holiday. I had a great meal plan written up last week, full of healthy recipes for the family.  Mr Grumpy had asked me to work a beetroot dish into the menu to use up the stragglers in the garden, and I dutifully planned a dish for Sunday evening.  I lent heavily on Hugh’s Three Good Things to write my latest menu {and as an aside I’ve just discovered it is only $3 on Amazon Kindle, which is an amazing price for this book!}, and the dish I had planned was full of beetroot and hard boiled eggs – two of The Princess’s least favourite ingredients.  Thank goodness for the freezer, as I had to revise the plan on the fly, and we went with shredded cilantro chicken tacos instead.

Our winter meal plan is also full of healthy recipes to help you take your mind off the cold outside.  We make good use of the slow cooker this week, and there are a few recipes to transport you to warmer climes.  So without further ado: 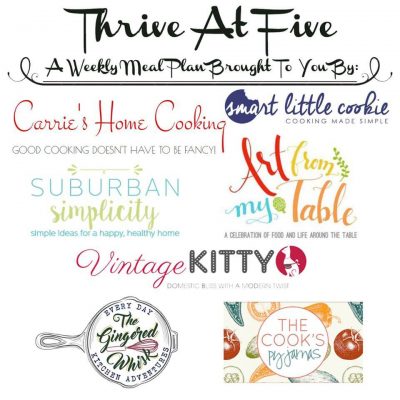 Monday:  Low Carb Mexican Meatloaf via Art From My Table 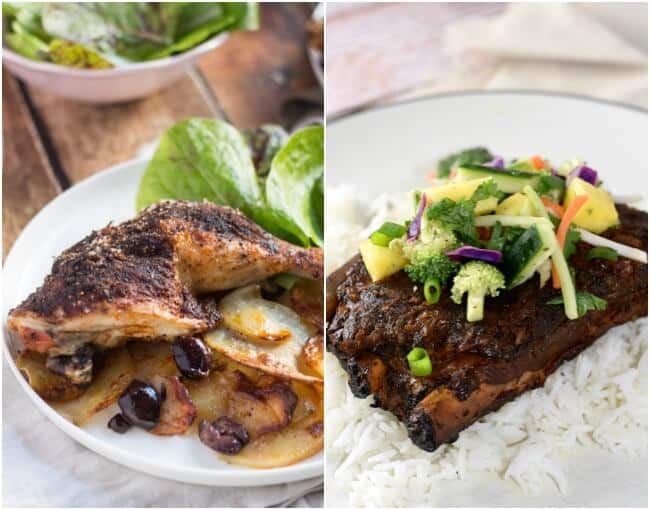 Wednesday:  Spanish Chicken Traybake with Potatoes and Olives via me

A Little Something Extra 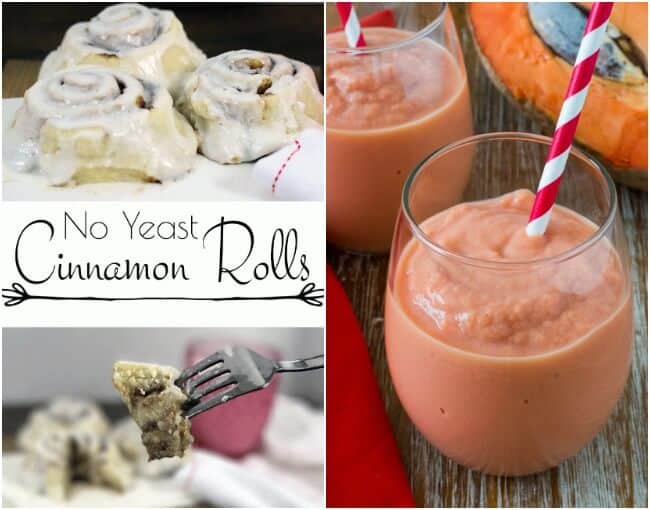 Monday: Pasta, Asparagus, Chorizo from Hugh’s Three Good Things.  Although asparagus is not in season at the moment so I used beans instead.

Wednesday: Mince & Onion Pie with Cream Cheese Pastry from Save With Jamie, served with mashed potato* and steamed corn.

Thursday:  Coriander & Turmeric Fish, served with steamed rice and pickled beansprouts (keep an eye out for this recipe next week)