In My Kitchen this month are lots, and lots, and lots of tomatoes.  Tomato passata, canned tomatoes, Rotel tomatoes, tomato relish and tomato salsa.  There is also a very big Dutch oven and a fresh batch of canned black beans. There has been a distinct lack of baking In My Kitchen over the past month.  The oven was out of commission for all of March, and The Princess was away on school camp for ten days.  So I have been busy preserving instead.  Our annual passata day was late this year. A period of very hot weather early in the year meant that sauce tomatoes were scarce in Perth, and we had to wait for the bushes to recover before we could make our passata.  Four hundred kilograms of tomatoes later, we each took home about 45 bottles of sauce, and I have enough passata to last me through next summer and beyond. 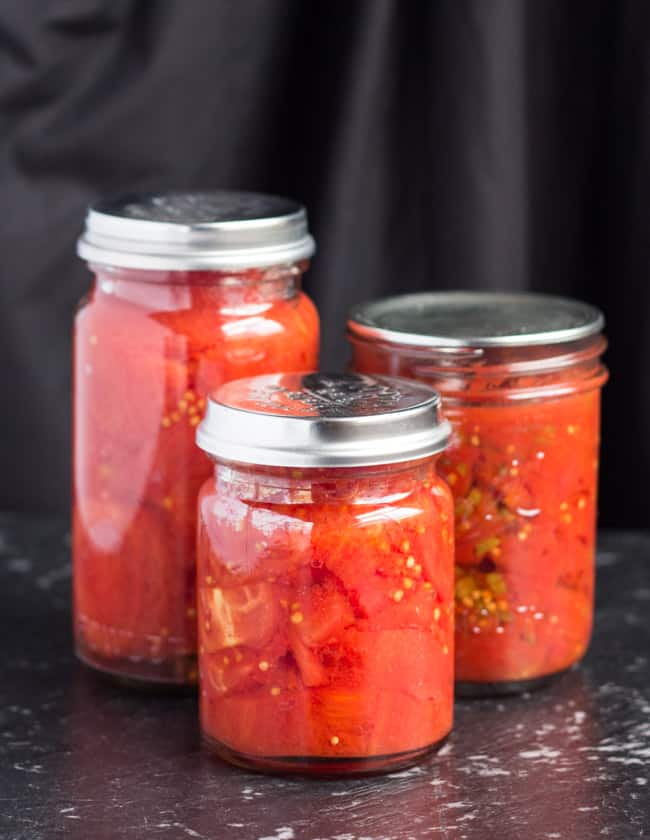 We actually bought 440kg of tomatoes, but were exhausted by the 400kg mark so I took 20kg of tomatoes home with me.  I restocked my pantry shelves with bottles of whole tomatoes and chopped tomatoes.  I also made a small batch of Rotel tomatoes to see whether I liked them.  Rotel tomatoes are simply chopped tomatoes cooked with jalapeno peppers, and are used in Mexican dishes.  If I like them I will make a bigger batch next year.  I also filled the dehydrator with tomato halves with the intention of making semi-sundried tomatoes.  Then I forget they were there, so now I have many almost-dried tomatoes (not pictured).  They are still pliable enough to put in pasta dishes and breads, so it is not a complete disaster. 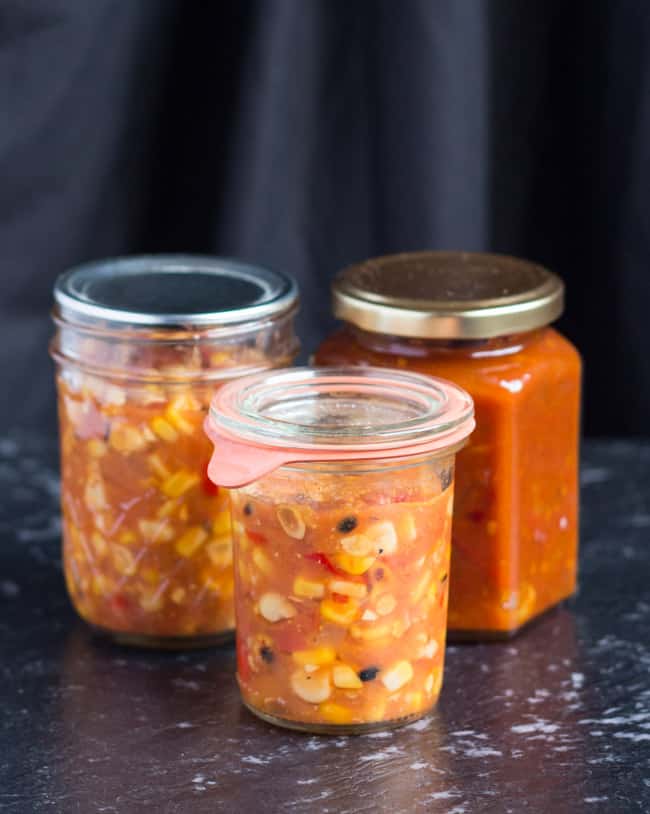 At the height of our summer tomato crop I froze a heap of tomatoes to make relish.  Three months later, the relish has finally been made and I have space in the freezer again. I have also replenished my salsa supplies with a large batch of Roasted Corn Salsa.  We love this salsa on tacos and in burritos, or mixed with black beans for quick quesadillas. 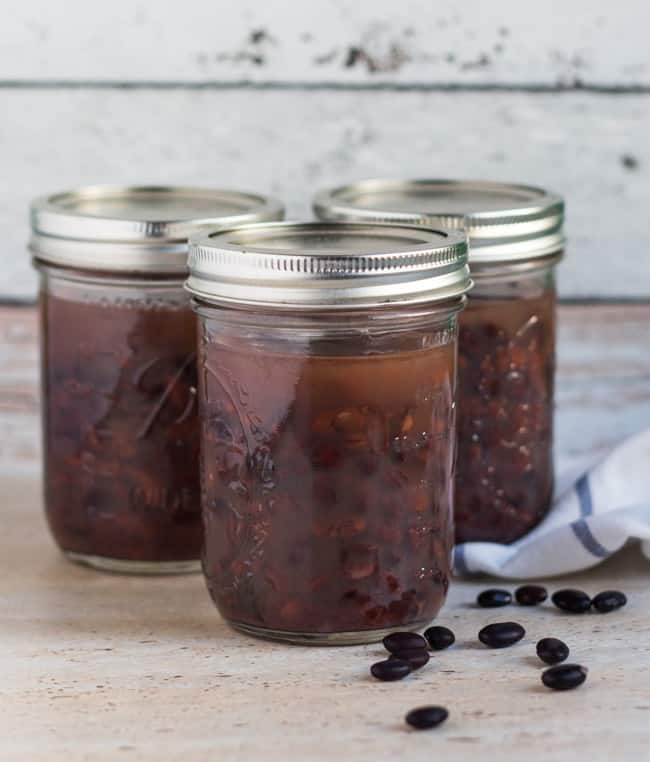 I also pressure canned a huge batch of black beans this month.  I find these handy to keep on hand to mix with the salsa, or to quickly whip up lunchbox salads for The Princess. 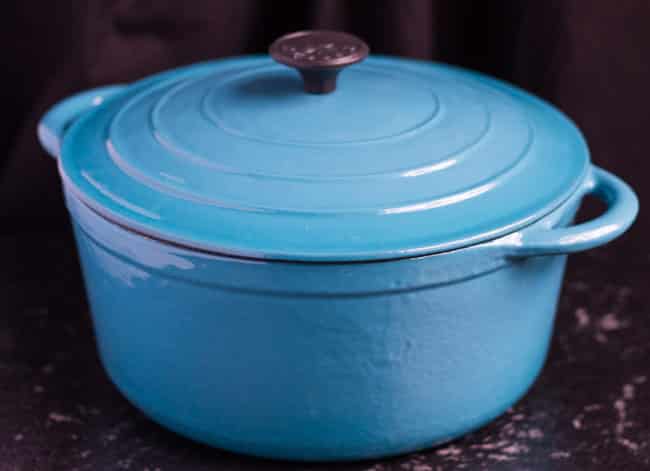 March is my birthday month, and whilst most of my presents this year were non-kitchen related, I was overjoyed with this huge cast iron dutch oven from Mr Grumpy.  I specifically wanted a large one for baking my bread, and once the oven was fixed I wasted no time trying it out.  It works like a dream. And then there is this month’s impulse purchase. My idli steamer.  I spent a lot of time when the oven was out of commission looking for alternative things to cook.  I came across idli’s, which are commonly eaten for breakfast in India.  The batter is made from fermented rice and dahl, and is steamed to form light, fluffy cakes.  However something went horribly wrong with my first attempt, and I ended up with little dense hockey pucks instead. So I made dosa (Indian pancakes) with the rest of the batter, which Mr Grumpy & I thoroughly enjoyed, and I continue to search for an idli recipe that won’t taste like rubber.

That about wraps up my kitchen this month.  Don’t forget to head over to Maureen’s at The Orgasmic Chef to find out what is happening in other kitchens around the world.