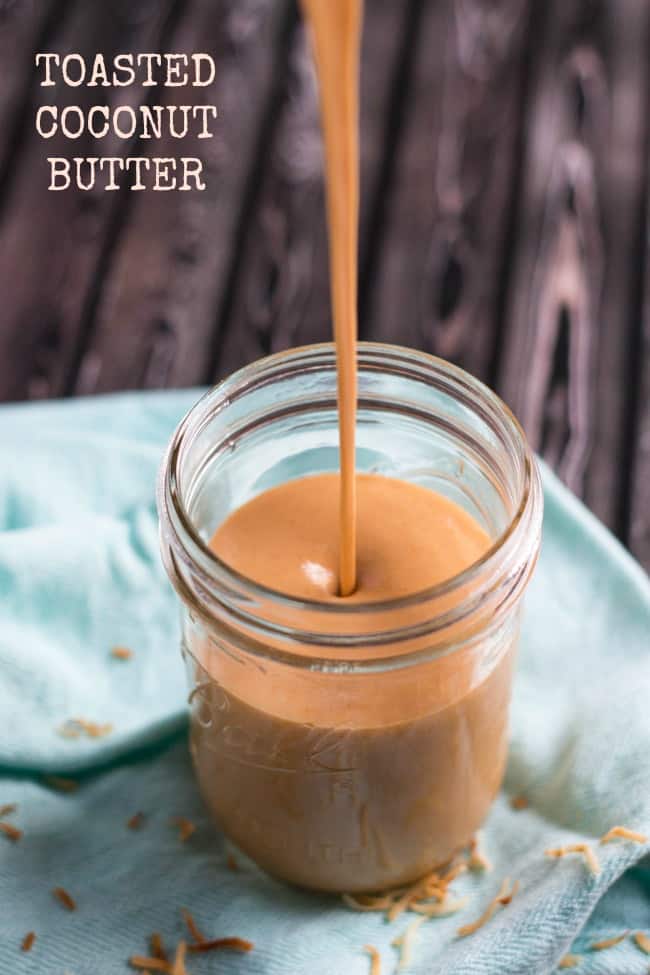 One of joys of an ingredient surplus is that it frees you up to experiment.  I have been working my way through my very large bag of shredded coconut.  Even after a few batches of both my  3-ingredient apricot and almond, and chocolate coconut bliss balls, I still had half a bag of the coconut left.  Cue experimentation time. The rest of the bag is now a large jar of oh-so-very-good Toasted Coconut Butter.

The hardest part about making Toasted Coconut Butter is toasting the shredded coconut.  Coconut goes from white to burnt the moment you turn your back.  The best way to achieve an even golden colour is to toast it at a low temperature, which allows for more control. Whilst this is slightly more time consuming, it is far preferable to having to toss an entire batch of burnt coconut in the bin. 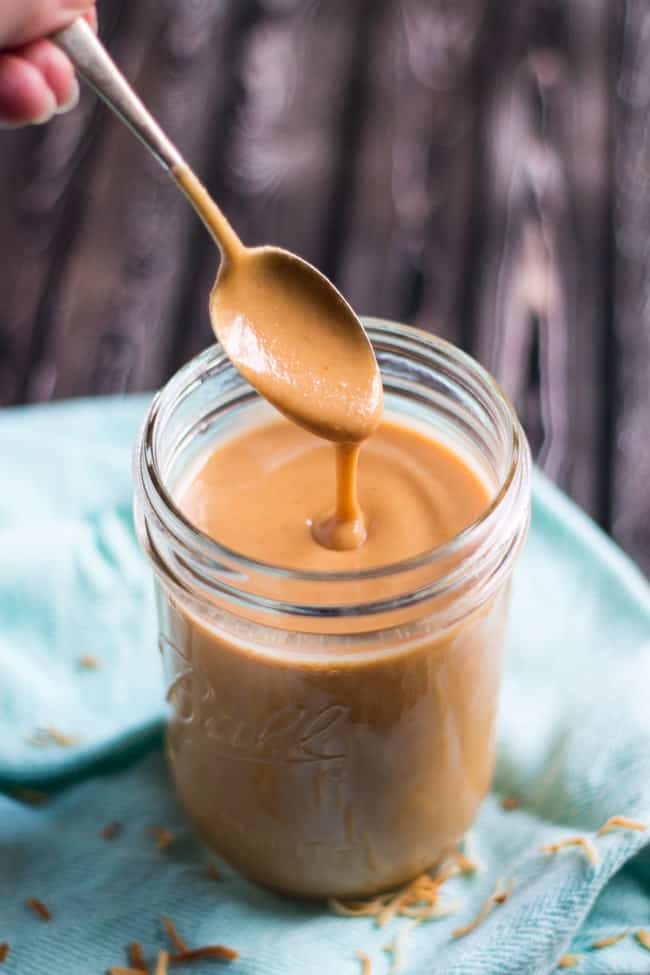 Filling the food processor bowl with shredded coconut is the key to smooth coconut butter.  When I first started making coconut butter, I would use a minimum of four cups of shredded or dessicated coconut. I have discovered over time, however, that larger amounts produce better results.  With less coconut in the bowl, the shreds do not seem to blend properly and the end product seems grainier, although still perfectly edible.  Now I fill my food processor bowl to the brim before I start.

Coconut butter keeps for ages in the cupboard, so make a large batch and throw it into everything.  Bliss balls are but one use for this Toasted Coconut Butter.  I add large dollops to smoothies, and mix coconut butter with nut butter to spread over toast and crumpets. I also eat it by the spoonful when I need a fast energy boost.  Don’t store coconut butter in the fridge though as it becomes rock hard, making it very difficult to scoop it out with the aforementioned spoon. 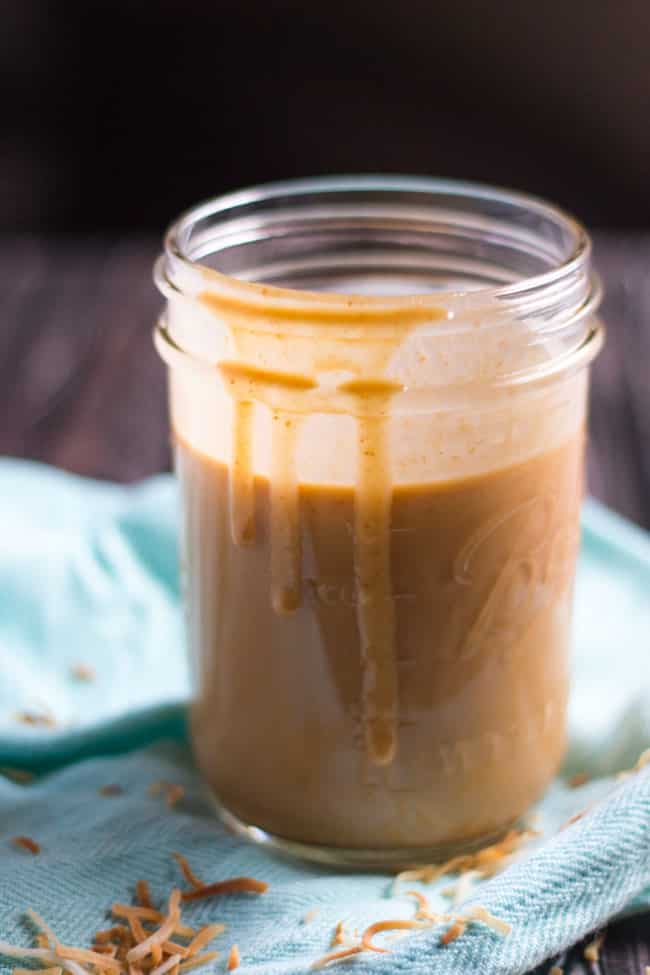 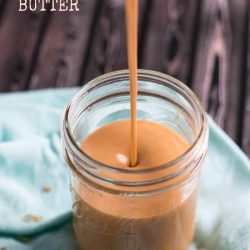 I made this Toasted Coconut Butter in my Thermomix, but have also had success making coconut butter in a food processor. I have not, however, made coconut butter using a hand held blender or normal blender, so cannot advise whether it is possible to make coconut butter with these appliances.
Prep Time 10 minutes
Cook Time 15 minutes
Total Time 25 minutes
Author Tania @ The Cook's Pyjamas

I made this in the Thermomix on Speed 8 for 5 minutes. It produced a lovely smooth, dark butter.