We have all seen them.  Those t-shirts with “My grandmother/brother/sister-in-law/aunty/cat went to Bali and all I got was this lousy shirt” emblazoned across the front.  My friend Matt went to Bali and I got something much, much better than a t-shirt.

I remember a time when you couldn’t bring food items of any description back into Australia.  These days the customs officers are slightly more pragmatic in their approach to food.  Thanks to this, when Matt returned from Bali I was the lucky recipient of an assortment of spices. 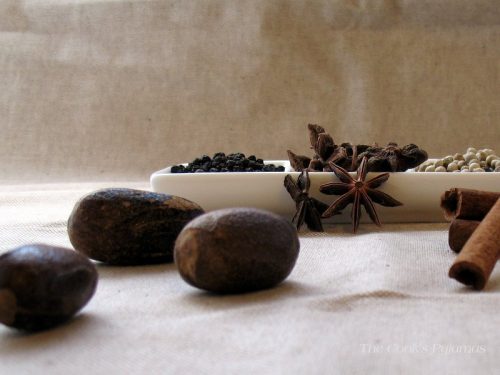 Accompanying them was a lovely package of fat, sticky vanilla pods. 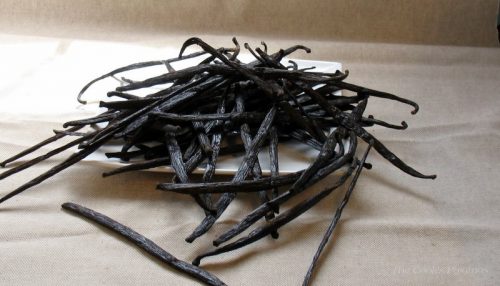 Vanilla is the second most expensive spice in the world after saffron.  It originates from Mexico, which due to a symbiotic relationship between an endemic bee and the vanilla plant, had a monopoly on production for over 300 years.  Then it was discovered that the beans could be hand pollinated.  Today there are three major cultivars of vanilla grown globally:  Bourbon or Bourbon-Madagascar, Tahitian and West Indian.

Vanilla is commonly used as an extract to add its characteristic flavour to baking and desserts, but it may surprise you to learn that vanilla itself is not sweet.  Good extract is expensive, and is made by steeping vanilla beans in alcohol.  Vanilla essence is cheap, manufactured from synthetic flavours and is really only good for cleaning your fridge. 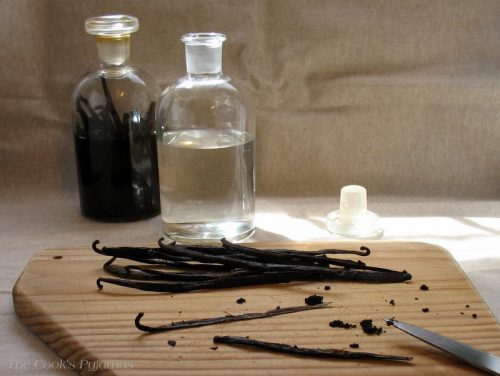 I use a lot of vanilla extract, but it never really occurred to me that I could make my own.  That was until I read Alana Chernila’s The Homemade Pantry: 101 Foods You Can Stop Buying and Start Making.  Turns out all you need is a glass bottle, some vanilla beans, vodka and time.  The number of beans you require will depend on the size of your chosen bottle.  Start with three beans for a small (100ml) bottle.

Part fill your chosen bottle with vodka.  Split the beans, scrape out the seeds and put both into the bottle.  Top off with more vodka.  Wait.  After about a month you should have a lovely dark extract.  Add more beans, such as those used in other dishes, at any time for a stronger flavour. Just ensure you rinse the used beans well first. 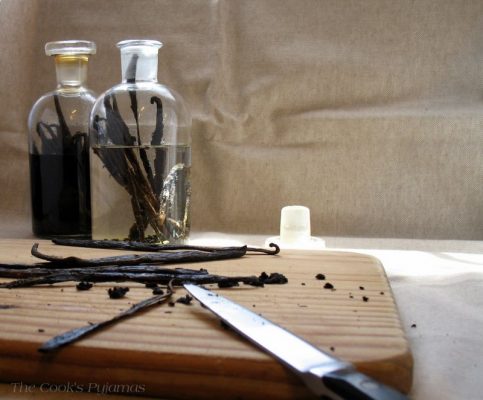 Vanilla has a lot of love to give, so once you have finished a bottle just top it back up with vodka to start the process again. You can also top up the bottle as you use the extract but I find this dilutes the flavour so prefer to have a couple of bottles going at once.

If you don’t have a trip to Bali planned, it is possible to buy vanilla beans in bulk from Australian suppliers.  Try ebay or the Natural Vanilla Store for starters but there are many other sources.

If you are going to Bali, don’t forget to bring back the vodka.