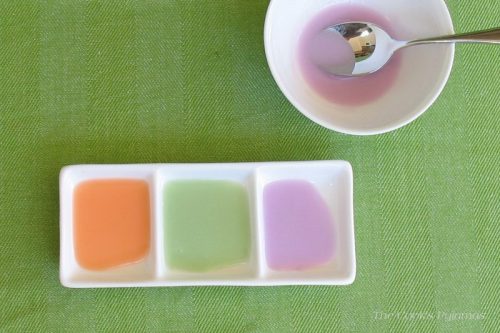 I love cupcakes.  I don’t make them very often because I have a hard time stopping at one.  I will however whip up a batch for The Princess’s birthday and usually make a large batch to take along on special occasions such as Easter.

My favourite go-to cupcake recipe is a Nigella Lawson one.  It is quick and easy to make and I have never seen reason to tinker with it.  It’s when I get to the decorating that things get interesting.  I am not a great cake decorator but I like to have a go.  This usually translates to colours, sprinkles and edible decorations.  However, since the arrival of The Princess I have taken a particular interest in the colourings and additives required to achieve these effects.  More so since the ‘blue poo’ incident after one particularly lurid birthday cake. Research conducted by the University of Southampton in England in 2007 found that six commonly used food colourings (102, 104, 110, 122, 124) could be linked to hyperactivity in children.  As a direct result, these additives were removed from all foods in the United Kingdom by the end of 2009.  Regulation of the use of food additives in Australia is undertaken by Food Standards Australia New Zealand (FSANZ).  Despite these colourings being banned in a number of other countries due to serious health concerns, FSANZ has concluded that “added colours do not pose a public health and safety concern for children in Australia as part of a balanced diet”.  As such, five of these colourings (104 is not permitted in Australia) remain in our children’s food. A watershed moment for me was hearing a spokeswoman from FSANZ declare food colourings to be a necessary evil, otherwise “food would look boring”.  It was at this point that I really started to focus on removing additives and preservatives from our diet.  Sometimes, however, you need a little colour in your life.  Cupcakes and birthday cakes spring to mind.  Playdough is another area where a little colour is necessary but unless your child is prone to eating more than they play with I am OK with fake colourings in this arena.

Despite FSANZ’s apathy towards our children, other companies have come to the party (so to speak) and it is now quite easy to buy natural colourings.  Possibly the most accessible natural colourings are those produced by Queen, which are readily available in supermarkets.   I have also seen jars of naturally coloured Hundreds and Thousands in some supermarkets which is a big bonus for fairy bread lovers. Recently I came across a new range of colourings made from fruit and vegetable extracts, produced by Hopper.  What I particularly love about this range are the sprinkles and pearls that add a little natural pizazz to your decorating repertoire.  I bought mine locally at The Re Store but they are becoming increasingly available throughout Australia.  Another range that I have heard good things about but not used personally is Hullabaloo, which is available through mail order.

It is also possible to make your own food colourings at home if you are so inspired.  This amazing birthday cake by the Hungry Hungry Hippies is decorated with completely homemade natural colourings.  Now that is a labour of love.

And just so you know, I limited myself to three cupcakes from the recent batch.  The rest I gave away to save myself.