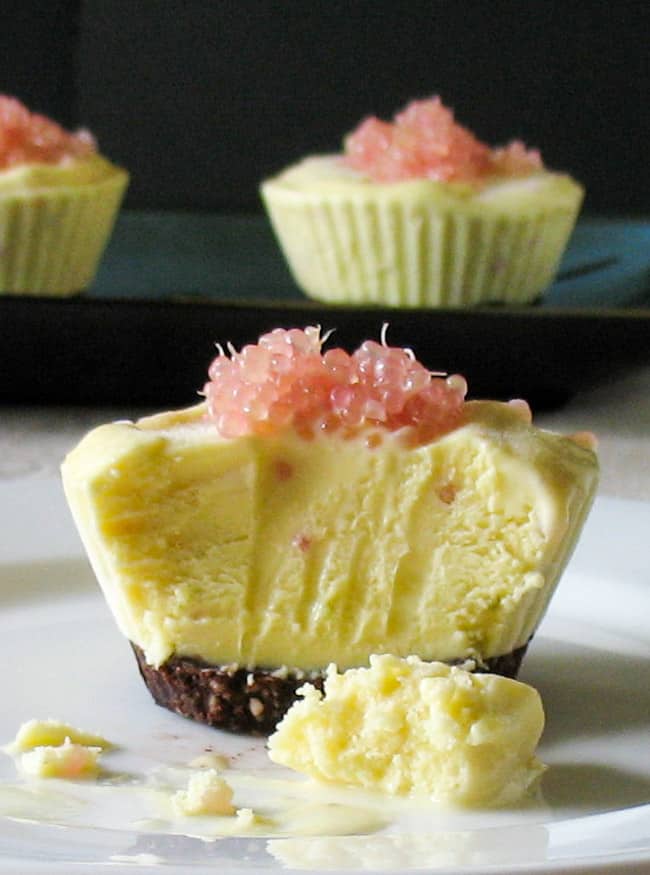 I have long been intrigued by finger limes, possibly for no better reason than they look interesting.  Whilst I have found preserved ones in gourmet delis, fresh finger limes have proved to be slightly elusive.  I located some frozen ones in Denmark, but recently discovered that finger limes are being produced in commercial quantities in Western Australia by The Pemberton Finger Lime Company. 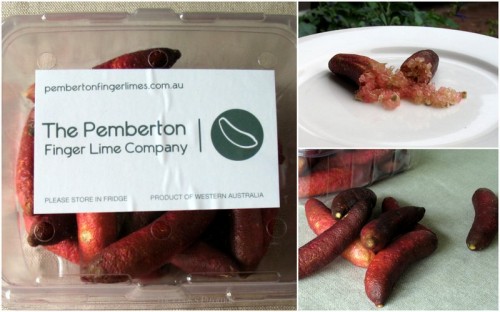 Finger limes are native to the rainforests of South East Queensland and Northern New South Wales but as commercial interest has increased their growing region has widened.  They have a very short five to six week season, which in Western Australia runs between the end of March and the end of April, depending on growing conditions.  This short seasons explains why they can be quite tricky to source but thanks to The Pemberton Finger Lime Company I received a whole punnet of these lovelies to play with. 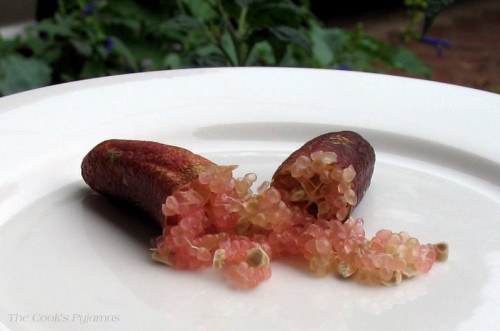 Finger limes are also known as citrus caviar; so called because of the small caviar-like vesicles within the fruit.  These are extracted by cutting the finger limes in half then squeezing out the pulp, which ranges in colour from light green through to deep pink/red.  The pulp has a distinct floral lime flavour, which I find reminiscent of kaffir lime. 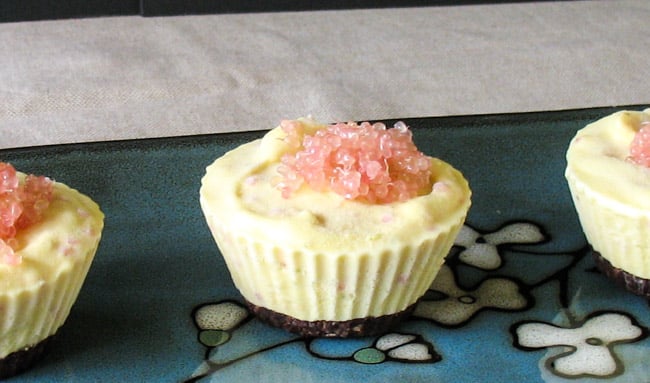 The citrus pulp is usually paired with seafood, but also goes well with Asian flavours such as chilli and ginger.  I however have a bit of an ice cream thing going on at the moment thanks to the new ice cream maker which I recently received for my birthday.  Turns out finger limes are extremely good in ice cream.  Obviously it took a couple of batches to confirm this theory.  They also pair well with chocolate, so by making an ice cream cup cake you get the best of both worlds.

I used both the zest and the vesicles, which gives a lovely fragrant ice cream with small surprise pops of lime.  These are very good.  So good I had to share with my neighbours lest I eat them all myself. 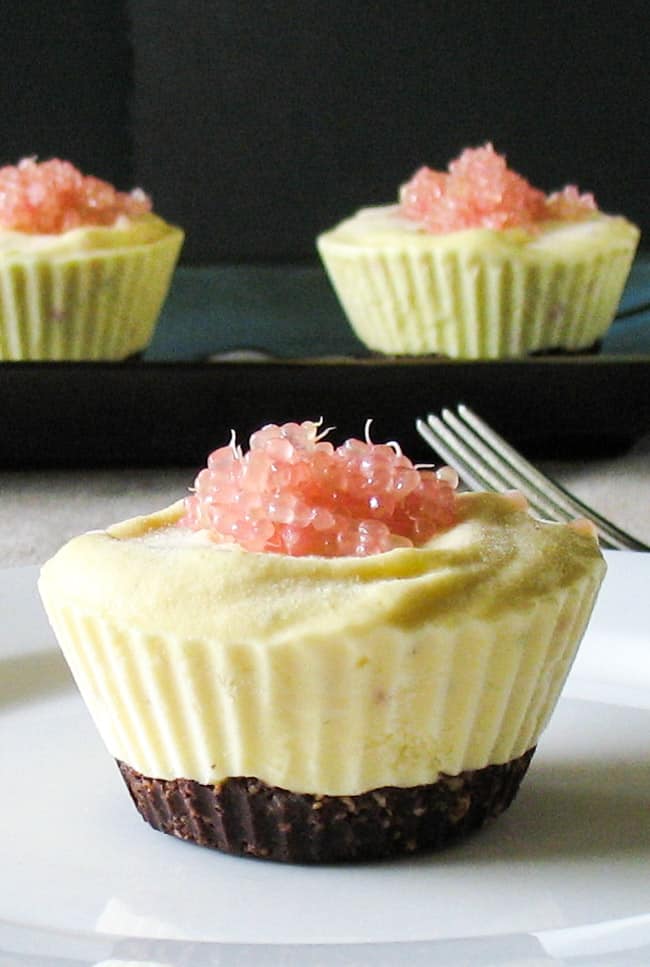 Finger limes are currently available from the Boatshed Market in Cottesloe and Scutti in South Perth.  They do freeze for up to three months so I urge you to give this fascinating fruit a try whilst you can. 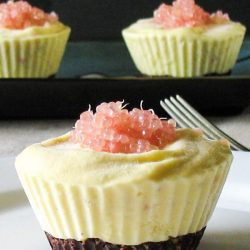 If you aren't up to making the cup cakes, the ice cream is lovely on its own. Just allow it to firm in the freezer prior to serving.
Course Dessert
Prep Time 15 minutes
Cook Time 4 hours
Total Time 4 hours 15 minutes
Calories
Author Tania @ The Cook's Pyjamas

If the custard looks like it is starting to curdle, tip it immediately into the bowl in the sink and stir like your life depends on it. I use a whisk if this happens to me. 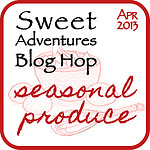 This month’s Sweet Adventures Blog Hop is all about seasonal produce and is again hosted by JJ at 84th&3rd.  As we are right in the middle of the obscenely short finger lime season it seems a good time to indulge.  Don’t forget to check out all the other seasonal delights at the end of this post.

Previous Post: « Local Harvest Challenge 2013 (with a recipe for Oven Roasted Fruit Compote)
Next Post: In My Kitchen – May 2013 »